we will probably have some puppies available in about 7 or 8  weeks …. please contact if you are interested

PUPPIES…..we have 8 puppies now about 2 weeks old.  Five of them are black.  If you are interested in a new puppy please send an email for the most recent information….price $300

George Graham Vest, around 1851, represented a man who sued another for the killing of his dog, and after offering the following summation to the jury, he won the case with no dry eye on the jury. Here is his speech about the dog, Old Drum, that was killed:

Gentlemen of the Jury: The best friend a man has in the world may turn against him and become his enemy. His son or daughter that he has reared with loving care may prove ungrateful. Those who are nearest and dearest to us, those whom we trust with our happiness and our good name may become traitors to their faith. The money that a man has, he may lose. It flies away from him, perhaps when he needs it most. A man’s reputation may be sacrificed in a moment of ill-considered action. The people who are prone to fall on their knees to do us honor when success is with us, may be the first to throw the stone of malice when failure settles its cloud upon our heads.

The one absolutely unselfish friend that man can have in this selfish world, the one that never deserts him, the one that never proves ungrateful or treacherous is his dog. A man’s dog stands by him in prosperity and in poverty, in health and in sickness. He will sleep on the cold ground, where the wintry winds blow and the snow drives fiercely, if only he may be near his master’s side. He will kiss the hand that has no food to offer. He will lick the wounds and sores that come in encounters with the roughness of the world. He guards the sleep of his pauper master as if he were a prince. When all other friends desert, he remains. When riches take wings, and reputation falls to pieces, he is as constant in his love as the sun in its journey through the heavens.

If fortune drives the master forth, an outcast in the world, friendless and homeless, the faithful dog asks no higher privilege than that of accompanying him, to guard him against danger, to fight against his enemies. And when the last scene of all comes, and death takes his master in its embrace and his body is laid away in the cold ground, no matter if all other friends pursue their way, there by the graveside will the noble dog be found, his head between his paws, his eyes sad, but open in alert watchfulness, faithful and true even in death.

“Heaven goes by favor; if it went by merit, you would stay out and your dog would go in.” (Mark Twain)

“You think dogs will not be in heaven? I tell you, they will be there long before any of us.” (Robert Louis Stevenson)

“If there are no dogs in Heaven, then when I die I want to go where they went.” (Will Rogers)

March 17  2018  Joanie Del Rio had a litter of beautiful puppies on March 8 and they are all doing well so far.  If you are interested in a purebred Tervuren puppy from Joanie then send an email.  Joanie is a creamy white female of fine gentle temperament and most of her puppies will likely be a bit lighter in color…too early to know for sure.

I’m looking for people who want to feed a diet of real food and who aren’t looking to spay/neuter.  These puppies are purebred tervurens.  I don’t register with AKC or any other group.  Photos will follow.  Price $300 per puppy.  We generally prefer people to arrive in person here to pick up the puppy.

Feb 17 2018  puppies. We have 3 new puppies 3 weeks old, two brown males and a black female. If you are looking for a puppy let me know.  I’m looking for people who want to feed a diet of real food and who aren’t looking to spay/neuter.  These puppies are purebred terverens.  I don’t register with AKC or any other group.  Photos will follow.  Price $300 per puppy.  We generally prefer people to arrive in person here to pick up the puppy.

Dec 24 2017   we had no puppies available at all this year …. just Nature’s Way i guess…. i think next year will see different results i hope

a friend sent this next video….it shows some california democats explaining their voting strategy:

the other day this next video arrived…its from Miss Edith Evercreech Custard who lives near Carmarthen.  The way she tells it, the video shows how her cousin Claymore Cluepile Custard of Gwynedd has become an expert at teaching young goats how to walk on boards.  He’s been doing it for so long he makes it look easy, according to Edith, who compares aquiring the lifelong skill to playing a spanish guitar by spaniards.  I’ll let you be the judge.  Edith says the really skillful bits are revealed about halfway through when Claymore shows up close some of the intricacies of the teaching process. 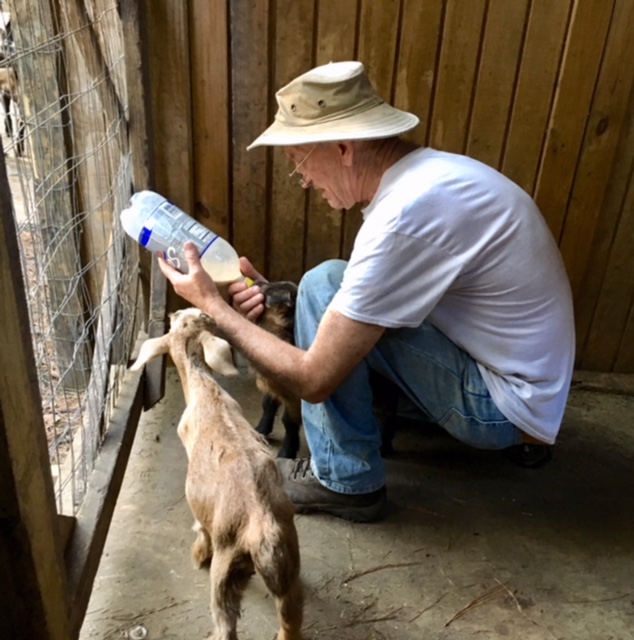 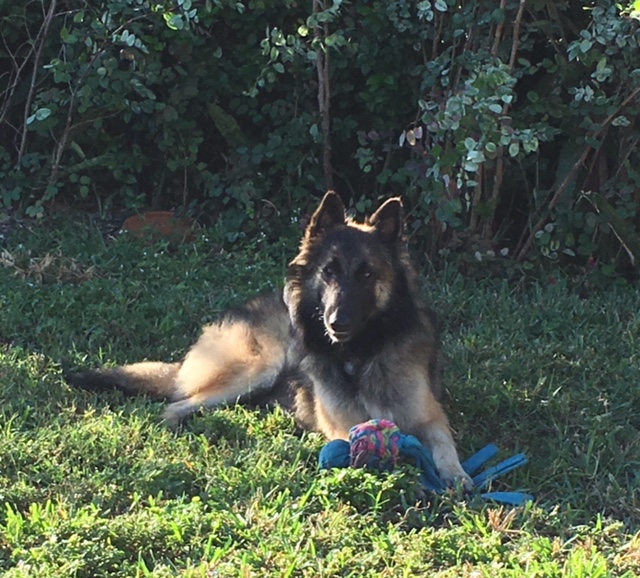 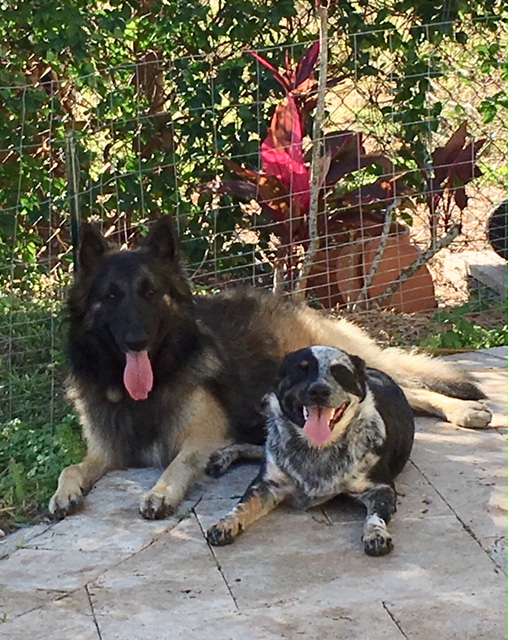 Rocky Del Rio and best friend Nina taking a break from playtime. Nina (Australian cattle dog) has the same energy level, so it’s great they can tire each other out!      Feb 01, 2018